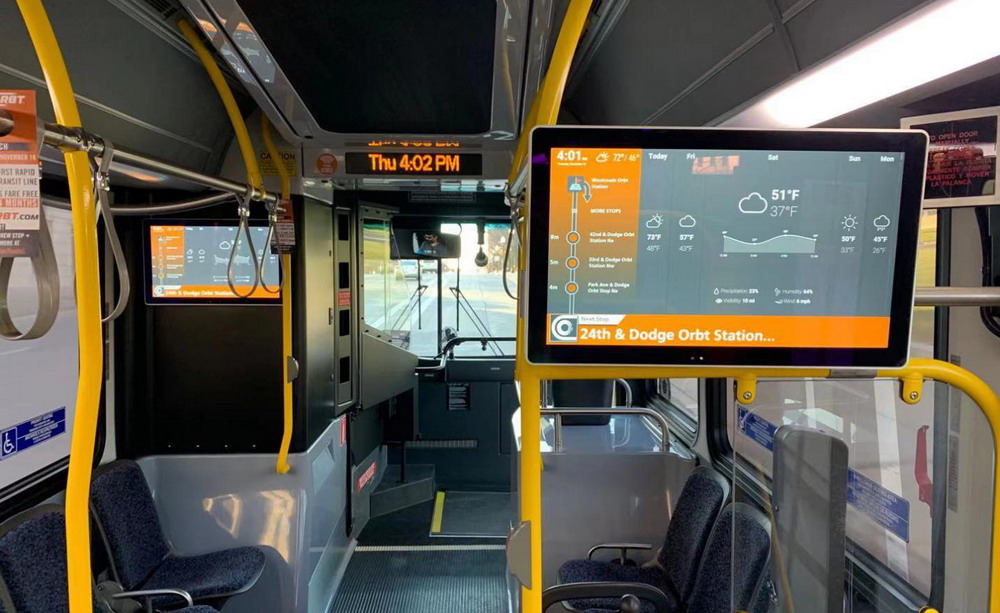 In fact, the development of LCD monitor for bus has taken advantage of the spring breeze of new technology and new technology. Its development cannot be separated from the significant increase in the number of public transport uses caused by the proposal of the concept of "green travel" in recent years and the continuous in-depth research on LCD monitor for bus by many advertising hunters with unique vision.

The 2017 China public transport advertising trend forum was held in Chongqing. Industry guests conducted in-depth discussions on the breakthrough and innovation of public transport advertising in the new communication environment. Xiao Xing, head of Yidian information South China Marketing Center, believed that the development of technologies such as digital big screen and big data redefined users' life scenes and content, and reconstructed the content and value of outdoor advertising. As a form of outdoor advertising, public transport advertising is also transitioning from traditional to digital under the impact of technology. In the past, we often saw these outdoor billboards on the outer walls of buildings, waiting halls, bus bodies or both sides of the highway, which are quietly changing from form, data and interactive terminals under the impact of technology.

In 2017-2018, the "sound powered bus scraping card" activity set off an upsurge of nationwide interaction in Xiamen, Ludao. The organizers achieved a new combination with public transport through the new technology independently developed by Xiamen sound Internet - sound code. During the event, they only need to turn on their mobile phones when taking the bus. Through the sound code technology, they can accept scraping cards on the specified software and win prizes in all aspects of clothing, food, housing and transportation, This marketing campaign eventually reached 4924628 times of interaction, and millions of physical gifts were sent out. The perfect combination of mobile public transport and new technologies finally created a million million dollar marketing campaign. From this, we can see the great potential of digitalization of LCD monitor for bus scenarios.

2023-01-06
Do you want to buy the Touch Screen IP65 IP55 Outdoor Interactive LCD Kiosk? Before buying, we suggest you to read some the reasons why LCD display is reliable.
Tech-blog

2022-12-30
There is no doubt that Passenger Information Wall-Mounted LCD Digital Signage has gained significant traction over the past decade, and its use as a means of advertising and communication...
Tech-blog

2022-12-23
Consider these key advantages of commercial displays if you're wondering whether they can enhance your digital advertising campaign.
Tech-blog

Leave a message online or subscribe to our news